EXPECTED ECONOMIC PARADIGM CHANGES AFTER 2020 AND SOON – In the Near Future – Electronic Money Standard will be publised?

EXPECTED ECONOMIC PARADIGM CHANGES AFTER 2020 AND SOON – In the Near Future – Electronic Money Standard will be publised? 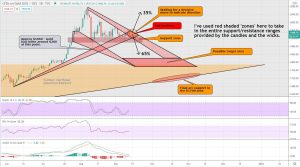 Gold thoughts. You’ll remember that a few weeks ago, I was expecting a drop to around $1800 with the 65% probability.

We only got to around $1863, and further drops now looking unlikely.

No alt text provided for this image
[Analysis By NorthStar]

Here’s do(o)med Dollar chart and an early one from over 18 months ago by NorthStar Analysis.

We can see the effect of election of US Precidency and Second Wave of Corona. After the last FED meeting, We saw the new target of FED That is correction of unemployment. This is new Money policy in the last century. 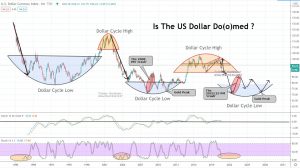 •So if you want to gain a lot of followers while making good money by doing this, you need to keep reinvigorating the “GREAT CONSPIRACY” mantra.

•I see this everywhere at Sub-Media. And it doesn’t matter if facts are presented that refute one of these lousy conspiracy theories,

•people believe in LIES WITH BIG VOICE rather than dealing with the TRUTH.

•This is the topic of my article today. So, as far as I can see, I’m going to show the difference between the “Great Elite Conspiracy and the Energy Abyss.”

•Therefore, when I speak of the term “ENERGY CLIFF”, the table below should clarify any doubts or questions.

•The World Is Entering a New Paradigm: Protect Wealth Instead of Building It. A significant part of my future analysis will focus on how the world will need to “PROTECT THE Wealth” rather than try to build it.

•Of course, there will always be a group of individuals or companies that will be successful in the next stage, but that won’t be too much. As the world transcends the New Energy Source Exchange / Cliff, most assets and real estate will lose most of their value.

•A Few People are prepared for this fact.

•If you read some history books, you will know that Ancient Rome had its own Elite who controlled a large percentage of the empire. So nothing has changed in 2000 years. We would only think of it as mortals, if the WORLD IS RETURN we will realize that not much has changed in the Millennium. There is the Elites Group that has been leading the show for thousands of years.

•However, something quite important in the world in the last 150 years has brought about a big change. Earth also brought the most intense energy source that can be easily transported… OIL. Yes, I know uranium has more concentrated energy per unit than oil, but try mining uranium and building a nuclear power plant without oil, natural gas, and coal. You can not.

•Countries that controlled silver and gold mines in the past became prominent empires. However, when oil emerged, the new reward was to control the oil reserves and the market, not the gold and silver mine supply. Thus, gold and silver as money fell behind oil. And over time, the Dollar was supported by oil through the Petro-Dollar Standard.

•Thus, gold and silver began to behave as mere commodities based on the cost of production and supply and demand forces rather than monetary metals.

•GOLD will be collect force over [ Shale Gas – Oil and Electric Cars, Flying Electric Vehicles and similar new generation technologies that have not yet been announced…and Conjuncturel Battles of Middle East-North Africa & Comercial Battles Between China-US.]

EXPECTED GREAT ECONOMIC PARADIGM CHANGES
•THE COLLAPSE OF ALL REPUTABLE MONEY SYSTEMS WITH TRANSFORMATION OF THE ELECTRONIC PAYMENT SYSTEMS AND ELECTRONIC WALLET APPLICATIONS...

•ALL TRANSPORTATION WILL BE MADE BY ELECTRIC OR NUCLEAR NEW GENERATION MOTORS.

•THE GOLD AND / OR SILVER CAN PREVENT EVERYTHING UNTIL THE NEW MONETARY SYSTEM WILL BE EXECUTED.

•What will be the price of precious metals if the positioning of the precious metal [especially the first new electronic currency calculations can be the guarantor index in the transition period] to the number 1 (one) before oil? •What would happen if a 5 trillion dollar gold was bought?

THE RELATIONSHIP OF GOLD PRICES AND THE US RESESSION
GOLD PRICE IS ON USD, JPY, GBP, EURO, CHF BASIS

THE RELATIONSHIP OF GOLD PRICES AND THE US RESESSION

Gold Price was seem at the first rising before recession with the transformation of electronic money processes. and 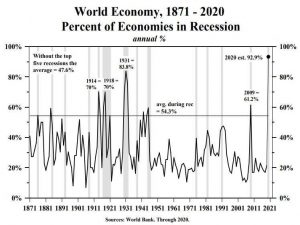 IS REACHING THE FIGURES OF AUGUST 2008 BANKING CRISIS IN THE USA A NEW RISK? US BANKRUPTCIES ON THE RISE

•While gold quietly formed a round base, few analysts paid attention to it.

•Both are expected to rise for now.

•But something will erupt in 2022 (possibly later in the year). There may be a deepening of the recession and an effect that will affect all markets. A kind of crisis (banking?) .. Sudden changes are expected in developed countries, Heads of State.

•It has been allowing gold to match the DOWS long-term earnings since 1971 (perhaps Prime Minister in Britain, President in the US will be up for debate and sudden movements in precious metals are often fueled by market-making managerial crises…).

•In the Near Future – Electronic Money Standard will be publised with the gold standard That was the scenarios similar in 1971?
Volkan KORKMAZER

Disclaimer Note: This is not an investment advice.. It is only a weekly support & Resistance Analysis About trends and new money policies

For Investment Advisories, it is necessary to especially make obligation analyzes and Risk – Profit Expectation Analyzes for each person or for each institution.

Those who want to subscribe to our Weekly Monetary Markets’ Notes & Policies Notes, He/She can send a direct message for subscriptions… 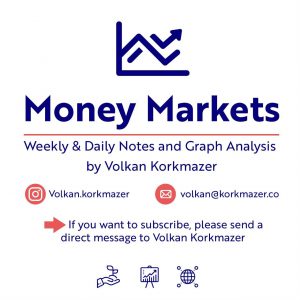