WHEN is THE RIGHT TIME FOR CHANGE MANAGEMENT

WHEN is THE RIGHT TIME FOR CHANGE MANAGEMENT 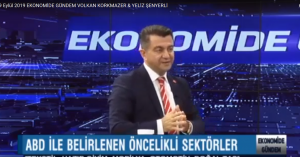 The important thing is not being afraid to take a chance. Remember, the greatest failure is to not try. Once you find something you love to do, be the best at doing it.

When is enough good enough?

Prior to the most recent global socioeconomic crisis, which started in August 2008 with the bankruptcy of Lehman Brothers Investment Bank.
Below Statistics provides a striking statistics prepared based on the World Bank data:

it has been found out that, 80% of the companies are terminated before their fifth year,

while 16% are closed down before they reach their tenth year

and the remaining 4% have an average life of 34 years.

Further positive and negative comments may be made based on these statistical data.

However, the general picture shows that the investor and entrepreneur culture concentrates on three main mistakes:

Why most small business fail in the last year?

I make a conscious effort to keep things in perspective when I get burned out. It is easy to get stuck in the daily grind, but if you think about all the distance you have covered, and what lies ahead, it is much easier to feel motivated and optimistic.

Turkish economy has to develop behavior models that would add more value to the professional merchants, industrialists, businessmen and entrepreneurs in developing young investors and entrepreneurs within its own sociocultural infrastructure in accordance with the people of Anatolia and in order to reach a comprehensive and immersive economic and social ecosystem.

Behavior models that would bring the corporate drifts to perfections have the resources to bring people to significant results, which cannot be guessed beforehand but can be developed through learning and practice apart from inherent abilities.

The behavior models that we can suggest for the Failure Stages that we made projections for the Turkish economy based on company lives:.

As a result, by creating a high demand for Our Change Management Services and supporting the sociocultural environments, deserting the aforementioned classic, simple mistakes and habits and accurate management by forming a block of successful investor and entrepreneurs, which make up the core of “”Corporate Drifts””‘ [http://whynationsfail.com/ ], all make the building blocks that would ensure the success of Anatolian economy in the following waves.

DO not HESITATE TO CONTACT with VOLKAN KORKMAZER via volkan@korkmazer.co